We are a graphic solutions provider offering design, planning and in-house production with 2 Hubs in Glasgow and near London.

The Redblu journey began in 2008 when the company evolved from Macdou Transfers, a long-standing screen print transfer business. It was in response to the fast-changing print industry and the decline of traditional screen printing. Our focus from the outset was to provide creative print and display products, mainly for the exhibition and trade show market. We’ve come a long way since then and now offer solutions for interiors, retail and signage too, amongst others. This is all underpinned by a long-standing, dedicated team who have been at it long enough to know almost every trick in the book!

Our main production facility in the south of Glasgow houses our sales and design departments, print studio and warehouse space for storage, fabrication and pre-builds for our projects. We also have a smaller depot near London where we deliver our stands from the South coast to Birmingham. We’d love to show you round if you want to arrange to come in for a chat, just get in touch!

To provide our clients with bespoke graphic solutions that reflect their commercial needs, meeting all their aesthetic and practical requirements and enabling them to differentiate from their competitors.

We want to be among the most innovative, reliable and effective graphic branding and end-to-end solution specialists in Scotland, offering our clients great advice, and the highest level of customer service and expertise.

Our environment is facing challenges like those never seen before. We are doing our bit to combat climate change.

We are trained and certified as an HP Eco-solutions Printing Company and we operate a recycling program to minimise land fill waste. Our latex and eco-solvent printers are amongst the greenest on the market. We offer a range of products created from environmentally friendly and sustainable materials wherever possible and our hire services offer an eco-friendly alternative by re-using our exhibition stand building system stock as much as possible. 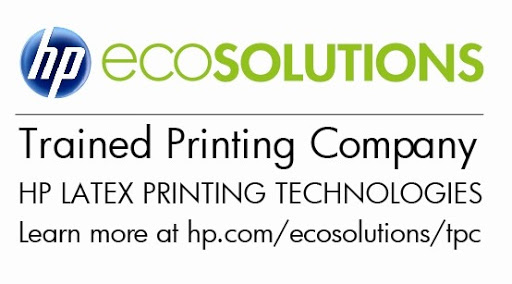 When you come to us for a solution, you can be safe in the knowledge that your project will be handled by a small team who will oversee every element. You will see the same faces and hear the same voices from beginning to end. Our process is very inclusive so you never feel out of the loop, and tends to go a bit like this: 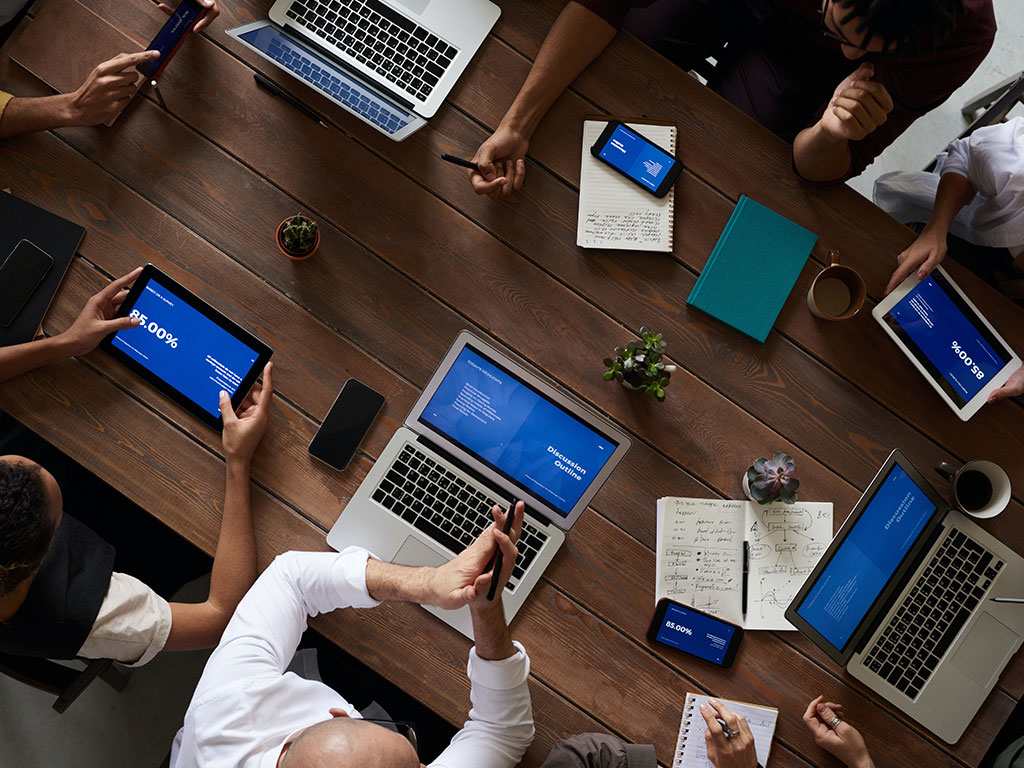 We will meet on video or person, call, email and message until we have enough information to fully understand your requirement. From there we can recommend the best solutions for your budget and estimate for all elements. 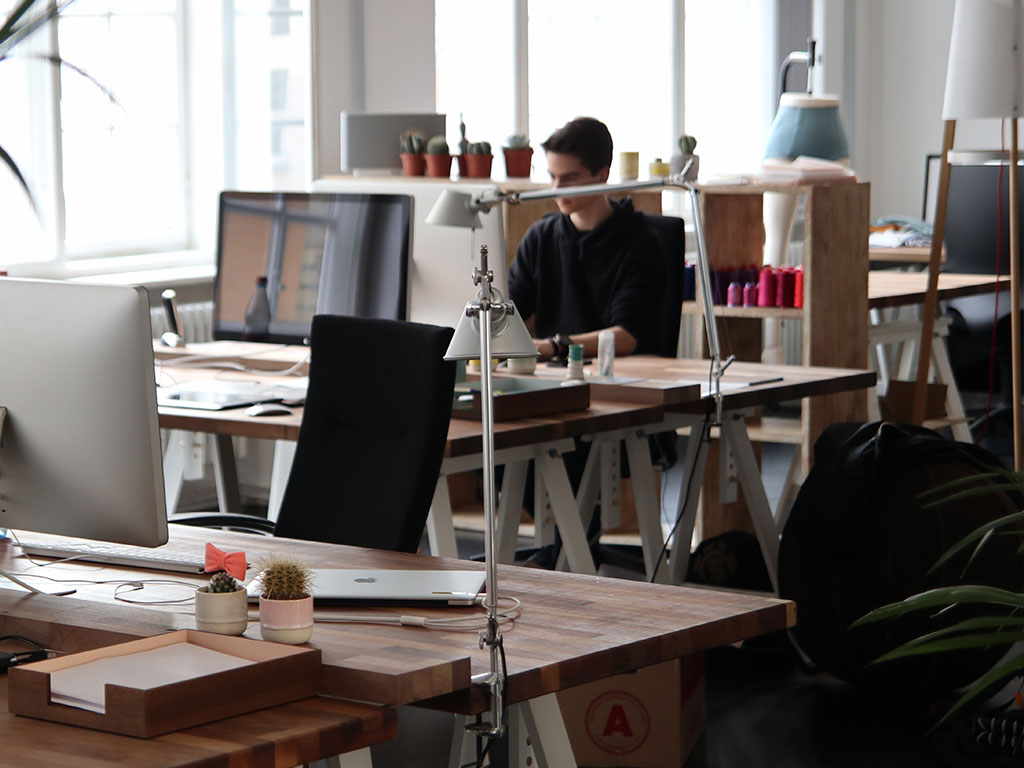 Now we’re into the nuts and bolts of the project, we will create all the necessary drawings, mockups and creative content required to satisfy your brief and get constant feedback from you along the way. 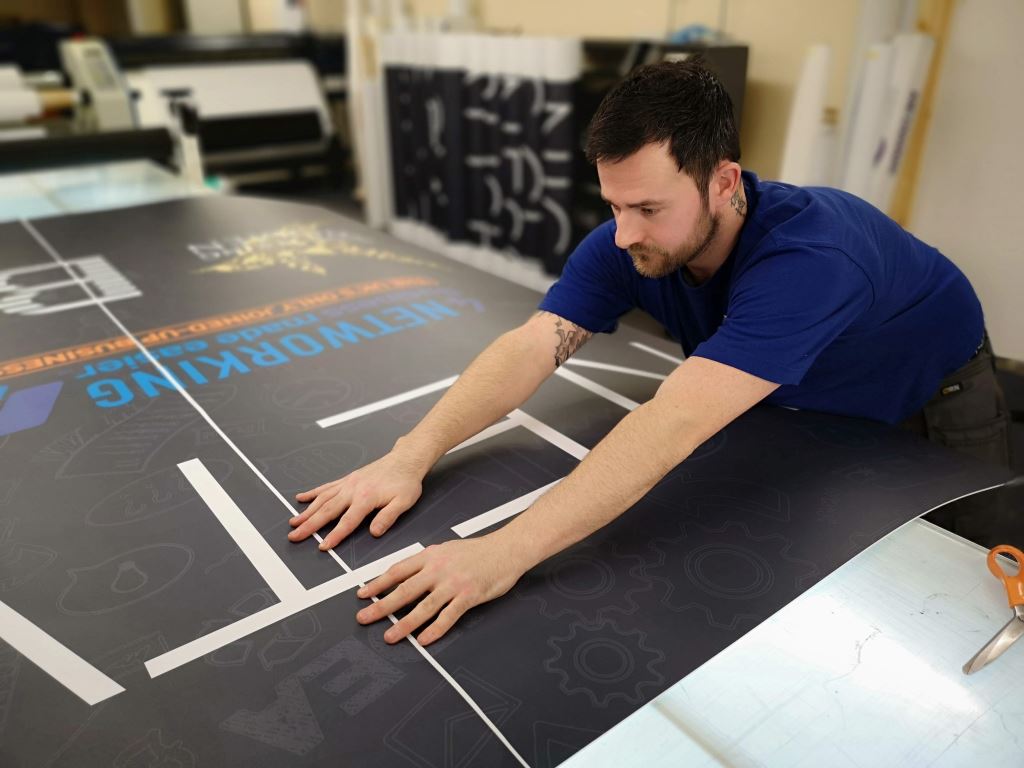 Now we get our hands dirty. Printing, chopping, cutting, laminating, sticking, locking, testing, wiring, checking. We do most things in our factory, and work with a trusted set of additional suppliers when required. 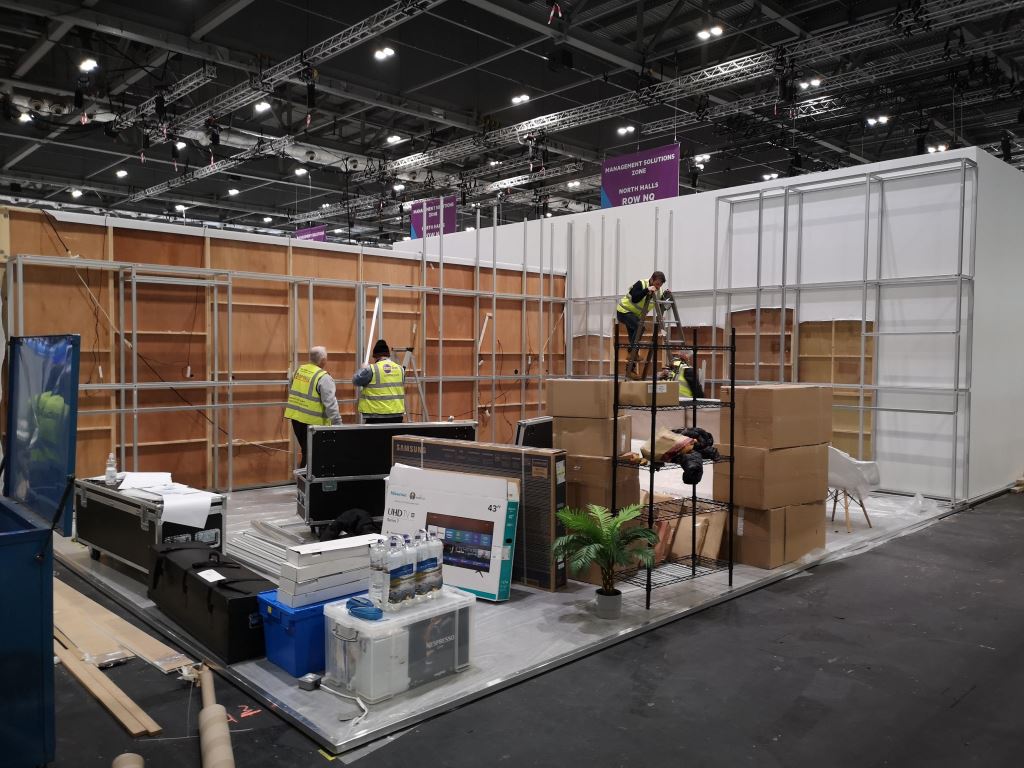 After our thorough quality checks and pre-builds, we pack everything up for shipping or transportion for installation on site. Then we make a cuppa and start on the next one!

You should always be 100% satisfied that we’ve done our best work for you. We think we’re pretty good, but only as good as our last job, so we always hold ourselves to the highest standard possible.

Our numerous repeat customers and agency partnerships are testament to the effort we put in and the customer service that goes along with every job. We want you to think of us as a trusted extension of your company and will always be on hand with advice and solutions when you need them.

A bit about the main team in the Cambuslang factory. 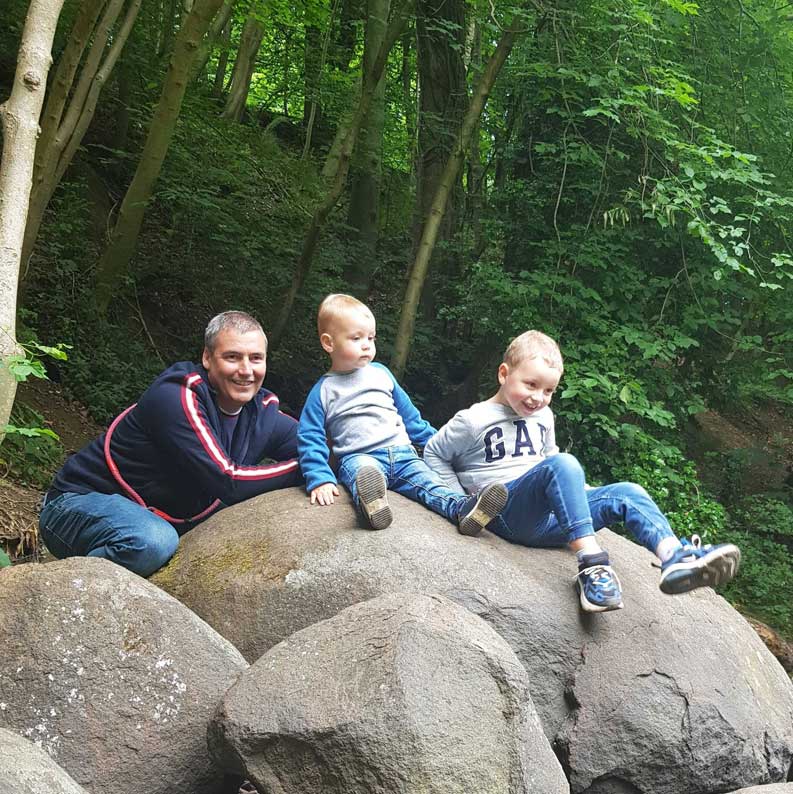 David StewartManaging Director
David is our enigmatic MD. He’s a proud husband to Hazel, an NHS hero and father to 2 awesome little troublemakers; Brodie and Charlie. When he’s not getting bullied at home, you can find him out with his dog Holly, doing some running or cycling, golf or watching a good box set, movie or any sport, his passion.
David has been helping businesses and organisations of all shapes and sizes find the best graphic solutions to their branding problems using a war chest of graphics, signage, exhibition and print products and materials. 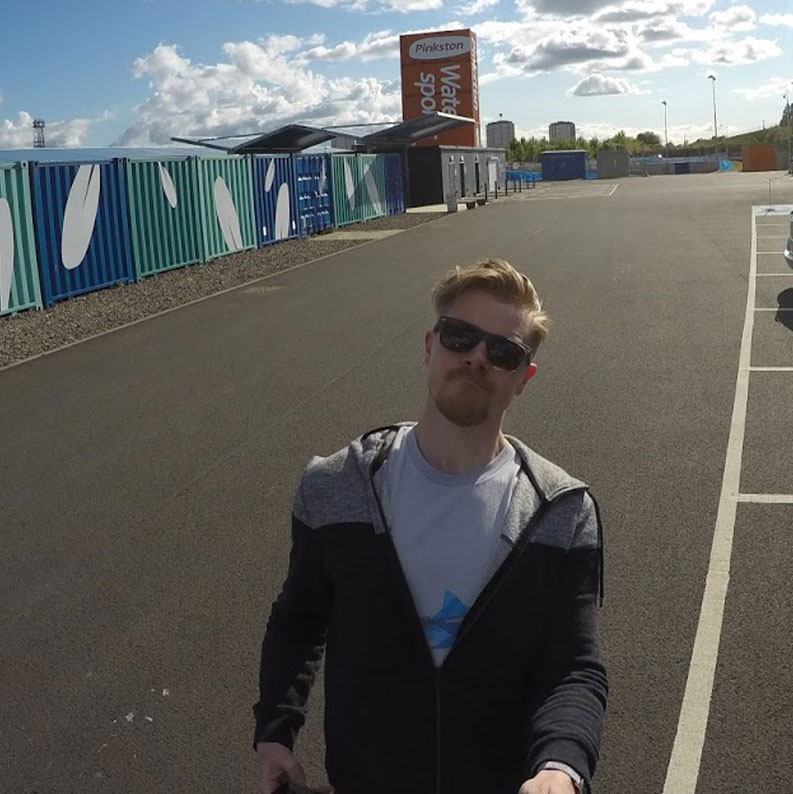 Rob NelsonDesign & Creative
Our resident design pro, Rob’s job involves all things creative and visual. An expert in the Adobe Creative Suite, SketchUp, and Vray, he is constantly streamlining the creative workflow and finding new ways to solve problems for our clients. His industry specific knowledge, built over the past ten years, mean he comes at problems from a materials and technology-based viewpoint, understanding how something needs to be constructed and what materials should be used to get the best result.

Outside of Redblu, Rob can be found trying new beers with silly names, playing Playstation and trying to convince his wife to let him take their 2 year old son Fraser snowboarding. 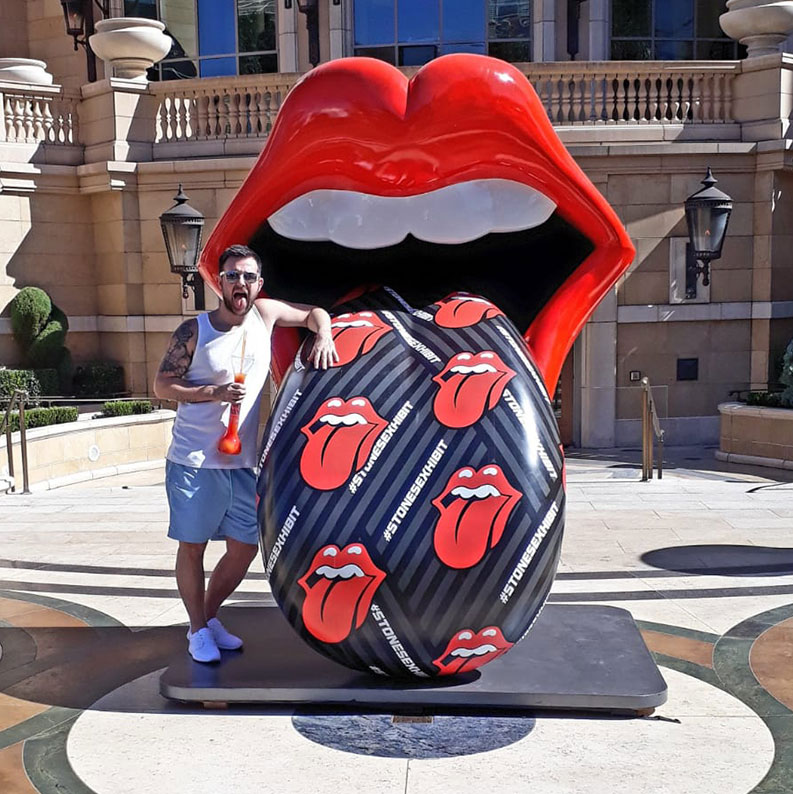 Steven ClementsProduction Manager
Stevie is Redblu’s ‘Finishing Master’, and very much part of the furniture. He’s been with the company since day one, way back in 2008. His role is to make sure that every job that leaves the factory is completed to the highest possible standard. Stevie comes into his own once all of the fluffy design and creative has been completed and something actually needs to be produced. He pre-presses all the artworks and catches any last-minute mistakes, before sending them to print. Once off the machines and onto the finishing tables, Stevie’s eye for detail and perfect finish means nothing leaves us until he is satisfied it’s as good as can be. He loves that no two days are the same and every day’s a school day, due to the ever-changing hardware, software and materials he works with.

Away from the factory, Stevie enjoys more standard beers and food than his ‘okay-ish colleague’ Rob. He also likes playing Xbox, when his 8-year-old – going on 18 – daughter gives him a shot of the controller, which is very rarely. Trevor ForsytheProject Manager
As the RedBlu Project Manager, Trevor guides each exhibition stand project through design, installation, and dismantle to ensure high quality stands at every show. He deals with the less glamorous but necessary tasks like coordinating build approval and enforcing deadlines. Trevor brings to the team a keen eye for detail and a unique perspective developed from his time in public sector acquisitions. A master of organization, he manages timelines and resources and keeps the team on track to consistently deliver projects on schedule and on budget. Outside of work, Trevor enjoys backpacking and playing board games.

To deliver great results to all our customers with the minimum of fuss and maximum impact, we breath life into your brand through beautiful designs with end to end delivery.

Find out about Our Work